If you look on our About page, you will find this statement, “Conservative Teachers of America is a place for conservatives, both teachers and concerned citizens, to speak out on education related issues.”

So, on that note, WE NEED YOU! If you are a conservative parent, teacher, school board member, or just a concerned citizen, and you have something to say with regards to education please contact us at ConservativeTeachersofAmerica@Gmail.com. We are especially looking for pieces from teachers on great classroom practices, and we are always looking for people that want to help with our book reviews.

This has the potential of causing your head to explode!

The Obama administration may raise taxes on everyone’s phone lines by about $5 per year to increase K-12 tech subsidies because most schools cannot administer the computerized Common Core tests coming out in 2015.

President Obama announced the Federal Communications Commission (FCC) will likely overhaul the schools and libraries universal service support program, commonly known as E-Rate. He also asked the U.S. Department of Education to use federal funding to give teachers more training in using technology.

“It will probably include program reforms,” Levin said. Although Congress oversees FCC, administration officials told Education Week they believe the agency can change the program without Congress this time.

We have no idea what Ms. Gabor’s political ideology is, but this is an outstanding, thoughtful analysis of the Common Core tests that were given in New York this past year. It does appear the concerns about non-fiction being pushed into English Language Arts is being reflected in the testing. The Common Core assessment train wreck is fast approaching. It is our hope that parents of all political ideologies consider pushing their children to refuse to take the Common Core assessments. Imagine just ten percent (or more) of students across this nation telling their test proxies that they will happily sit their quietly, but they will not answer the assessment questions.

Five years ago, I found myself drafted onto a New York State Department of Education committee charged with revamping the English Language Arts standards. As a journalism professor at Baruch College/CUNY, I had the non-fiction expertise that were seen as so important to developing the new standards. Although I had no experience in public schools, I was on the receiving end of the abilities and deficits of kids graduating from the city’s high schools.

As a journalist who had spent much of my career writing about business and management issues, I also had become intrigued with the corporate education-reform movement; I couldn’t resist a chance to participate, even in a small way, in the sausage making of public education policy.

The work of our committee would take close to two years to complete, with multiple trips to Albany, at a cost that must have run to several hundred-thousand dollars—if not…

I recently reviewed Bomb: The Race to Build-And Steal-the World’s Most Dangerous Weapon which was the 2013 Robert F. Sibert Medal winner. Electric Ben was one of the three Sibert Medal Honor books for this year. I am really excited to see such great informational books being offered to a young adult audience!

Electric Ben is only a forty page picture book. Because of this, I was under the assumption that it was more appropriate for an elementary audience. I am excited to say that it is not, and it is perfect for middle level readers. Honestly, I think readers of all ages would appreciate this book. I really enjoyed it. I was amazed at how much information about Franklin was included in this text.

Robert Byrd is a professor at the University of the Arts in Philadelphia, and he illustrated this book, as well. He has a very unique style that I think would really attract kids to this text. The drawings have rich color and a bit of a humorous feel to them in places.

I have to admit any time a university professor writes a book about one of our founding fathers I get a little nervous. I could detect no bias or any attempt to disparage Franklin. I thought that Byrd did an outstanding job of delivering who Franklin really was. The book could be an excellent resource for a middle level student doing a research project on Franklin.

I think one of the best parts of this book is how disarming it is to the middle level reader that may not be interested in American history. As I mentioned above, the great illustrations draw you in and the length of the text is not daunting. This definitely is not a “boring” history book. I think this text could very much be a gateway for that middle level reader to discover a curiosity about those that founded this great nation.

Buy a copy of Electric Ben in our Amazon Store!

I need to set the record straight

A good example of why so many teachers are afraid to speak out about Common Core. Doing so does put you at risk. Teachers still need to do it regardless of the risks.

I teach my students that their reputation is the most important asset they own. Your reputation is determined by your actions, your deeds, and also how you are viewed by others. Therefore, it is vital that  you understand that your reputation ultimately defines you. Success is not judged by how much you make, but rather, real success is judged by your character and how others view your actions and deeds.  I believe this with my heart and soul.

Unfortunately, my character was questioned by an unproven allegation. Ultimately it was determined I did no wrong and the allegation was unfounded. I write this posting today as a record of what has transpired over the last two days. I also owe my students and their parents an accurate representation as to what occurred so that they may be fully informed.

My views on the Common Core and high stakes testing,  are…

Reminder:  TOMORROW IS THE DAY.

Parent Led Reform of Colorado is hosting the Stop Common Core rally at Twitter tomorrow.  Here’s a tutorial if you don’t yet Twitter.

Teachers Speak Out, Some Resign Over Common Core

Common Core is a tragedy.  Wake up, America.  Listen to these teachers.

Some teach now; some have retired over Common Core.  Each has spoken out and each needs to be heard. Today I want to highlight Gerald Conti, whose resignation letter was just published in the Washington Post.

“Data driven education seeks only conformity, standardization, testing and a zombie-like adherence to the shallow and generic Common Core…

Creativity, academic freedom, teacher autonomy, experimentation and innovation are being stifled in a misguided effort to fix what is not broken in our system of public education and particularly not at Westhill…

The Blaze TV to Interview Teachers Against Common Core Tomorrow 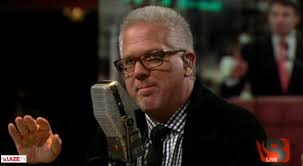 Glenn Beck’s TV show, The Blaze, will be interviewing teachers who are speaking out against Common Core on tomorrow afternoon’s show.  4:00 their time; 3:00 Utah time.  One of those teachers will be me.

(You can get a free two week trial membership to the Blaze TV at the link above.)

David Cox, a fifth grade teacher from American Fork, Utah will also be on the show.

I hope many, many people tune in.  We need everybody in the nation to be talking about Common Core so we can push back, repeal it, reclaim our lost freedom over education, get student privacy back, and ensure real education for our children and grandchildren in years to come.

Glenn Beck’s TV show, The Blaze, will be interviewing teachers who are speaking out against Common Core on tomorrow afternoon’s show.  4:00 their time; 3:00 Utah time.  One of those teachers will be me.

(You can get a free two week trial membership to the Blaze TV at the link above.)

David Cox, a fifth grade teacher from American Fork, Utah will also be on the show.

I hope many, many people tune in.  We need everybody in the nation to be talking about Common Core so we can push back, repeal it, reclaim our lost freedom over education, get student privacy back, and ensure real education for our children and grandchildren in years to come.

COME JOIN ONE OF OUR DISCUSSION GROUPS!

We have several discussion groups on Facebook for you to come build connections in your area and nationally.

We have already added more states. Please click on the page link at the top of the page to see if your state is on there. If not, contact us and we will get one set up for you!